Modelers Shipyard have announced the introduction of a new wooden model ship kit to hit the – CSS Shenandoah 1864. 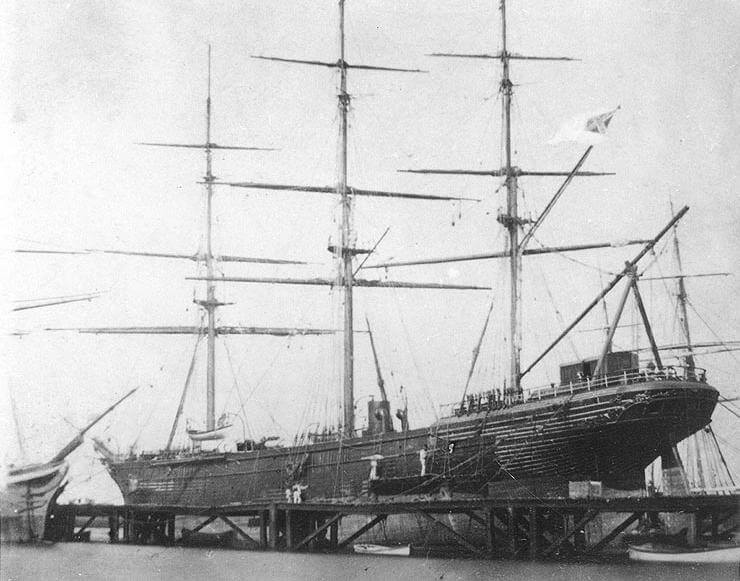 History of the CSS Shenandoah 1864

During 12½ months of 1864–1865 the ship undertook commerce raiding resulting in the capture and sinking or bonding of thirty-eight Union merchant vessels, mostly New Bedford whaleships. This ship is notable for firing the last shot of the American Civil War, at a whaler in waters off the Aleutian Islands.

She was designed as a British commercial transport vessel for the East Asia tea trade and troop transport, built on the River Clyde in Scotland. The Confederate Government purchased her in September 1864 for use as an armed cruiser to capture and destroy Union merchant ships.

On October 8, she sailed from London ostensibly for Bombay, India, on a trading voyage. She rendezvoused at Funchal, Madeira, with the steamer Laurel, bearing officers and the nucleus of a crew for Sea King, together with naval guns, ammunition, and stores. Commanding officer Lieutenant James Iredell Waddell supervised her conversion to a ship-of-war in nearby waters. Waddell was barely able, however, to bring his crew to half strength even with additional volunteers from Sea King and Laurel.

The new cruiser was commissioned on October 19 and her name changed to Shenandoah. The ship, commanded by Captain Waddell, then sailed around the Cape of Good Hope of Africa to Australia. While at Melbourne, Victoria, in January 1865, Waddell obtained additional men and supplies.

In accord with operation concepts originated in the Confederate Navy Department and developed by its agents in Europe, Shenandoah was assigned to “seek out and utterly destroy” commerce in areas as yet undisturbed (i.e., attack Union ships), and thereafter her course lay in pursuit of merchantmen on the Cape of Good Hope–Australia route and of the Pacific whaling fleet.

En route to the Cape she picked up six prizes. Five of these were put to the torch or scuttled, after Captain Waddell had safely rescued crew and passengers; the other was bonded and employed for transport of prisoners to Bahia, Brazil.

Still short-handed, though her crew had been increased by voluntary enlistments from prizes, Shenandoah arrived at Melbourne, Victoria, on January 25, 1865, where she filled her complement and her storerooms.

She also took on 40 crew members who were stowaways from Melbourne. However, they were not enlisted until the ship was outside the legal limits of Australian waters. The Shipping Articles show that all these 40 crew members enlisted on the day of her departure from Melbourne, February 18, 1865. Nineteen of her crew deserted at Melbourne, some of whom gave statements of their service to the United States Consul there. An 1871 hearing at the International Court in Geneva awarded damages of £820,000 against Britain to the US government for use of the port facilities at Williamstown by the CSS Shenandoah.

Sea King departed from Liverpool on October 8, 1864, and on October 19, off the coast of France, was surreptitiously re-commissioned as the warship CSS Shenandoah. En route to Cape Horn, she captured and disposed of eight prizes in the Atlantic Ocean.

Shenandoah took only one prize in the Indian Ocean, but hunting became more profitable after refitting in Melbourne. Enroute to the North Pacific whaling grounds, on April 3–4, Waddell burned four whalers in the Caroline Islands. After a 3-week cruise to the ice and fog of the Sea of Okhotsk yielded only a single prize, due to a warning which had preceded him, Waddell headed north past the Aleutian Islands into the Bering Sea and the Arctic Ocean. Shenandoah then proceeded to capture 11 more prizes.

On June 27, 1865, he learned, from a prize Susan & Abigail, of General Robert E. Lee’s surrender when her captain produced a San Francisco newspaper reporting the flight from Richmond, Virginia, of the Confederate Government 10 weeks previously. The same paper contained Confederate President Jefferson Davis’s proclamation, after Lee’s surrender, that the “war would be carried on with re-newed vigor.” He then proceeded to capture 10 more whalers in the space of 7 hours in the waters just below the Arctic Circle. It was not until August 2 that Shenandoah learned of the final Confederate collapse when she encountered the British barque Barracouta. Among the devastating news was surrender of General Joseph E. Johnston and his various armies (April 26), Kirby Smith’s, (May 26) and Magruder’s armies and, crucially, the capture of Mr. Davis and a part of his cabinet. Captain Waddell then disarmed the ship and proceeded back to surrender at Liverpool.

Barracoutahad come from San Francisco; Waddell was heading to the city to attack it, believing it weakly defended. Immediately Shenandoah underwent physical alteration. She was dismantled as a man-of-war; her battery was dismounted and struck below, and her hull repainted to resemble an ordinary merchant vessel.

Regardless of Davis’s proclamation and knowing the unreliability of newspapers at the time, Captain Waddell and the crew knew returning to a US port would mean facing a Union court with a Northern perspective of the war. They correctly